Analysis of Lisa And Sandy BY Onukwube Alex Anedo Alfred 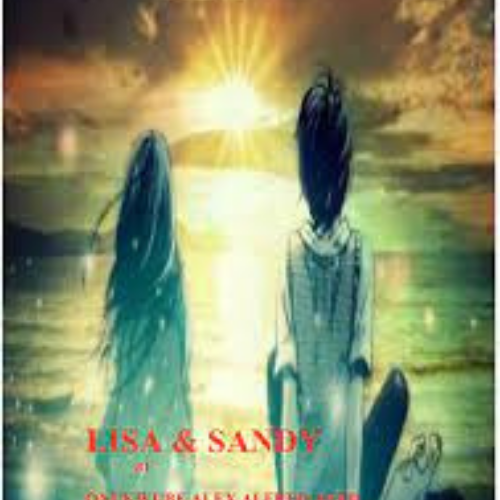 The name of the author is Onukwube Alex Alfred Anedo. He is an Anthropologist and Associate professor in the Department of African and Asian Studies, faculty of Arts, Nnamdi Azikiwe University Awka. He has taught in a lot of institutes and has produced a lot of articles, monographs, authored books and co-authored works. He has also edited a lot of international Journals. He is married and blessed with children.

Lisa and sandy is a story that first stated with the protagonist receiving a call from his academic father and professor, Mark. The call was to inform him that he has been given an employment by the university and was to start work immediately. The employment was a promise Mark made to Sandy and now it has been fulfilled. Sandy was overjoyed and related the news to source persons like his family and Val, his friend.

Sandy turned in his resignation letter to the college of education, where he was a lecturer and embraced the university amidst protest from the college. Sandy worked as a lecturer under Mark, his academic father and professor. While working as a lecturer, Sandy picked interest in Chinese language and on Mark’s advise, he enrolled to study ‘Han yu’. He later hears about and gets a scholarship to study in China from his Chinese teacher, Ji laoshi. Sandy was not the only one who got the scholarship and was not the only one that travelled but the story was centered on him.

After series of wicked games played by the likes of Ikeanyi and many lecturers, who were opposed to his travel, Sandy was finally able to travel as scheduled. At the airport, he was met with a lot of challenge from the custom officers who wanted to extort him and many other Nigerian travelers. He lost his body lotion to a custom officer mostly because of his naivety just like many other travelers.

Once in Beijing airport, Sandy changed his money to Yuan, got on a taxi that took him to Xiamen airport. He did this in respect to the advice given to him by Ji laoshi. Communication was one of the annoying dilemma, Sandy faced in a foreign country. His color which gave of his nationality was the second constitutor to his dilemma. For every time he tried to ask for help from passersby, they quickly move away from him and for the ones that don’t run away, he either can’t understand them due to having limited Chinese vocabulary r that they can’t speak enough English for him to understand. He was still able to overcome these hurdles even though he was properly delayed.

He finally got to Xiamen University and was overwhelmed with the feeling of being lost and alone. Providence gave him a curious but kindhearted Chinese man and staff of the university named Ding Bo Paulson. With the man’s help, Sandy was able to check into one of the hostels and laid his head to rest for the night.

The next day, Sandy went to change his major from Han Yu to Zhong Guo Wen Hua. He also searched for Ijeoma, a woman he got the scholarship with. He made friends with a Rwandan named Mukwuanya. Fortunately, this Rwandan was known in the school and has lived in china for five years and therefore, can speak their language fluently. H was the go-to man for every dispute that arises between the school’s personnel and foreign students. With the help of his Rwandan friend, Ijeoma was located.

Sandy faced more hardships as a student in the sense that after he successfully changed his course major (amidst the delay and insults he faced in the hands of the staff) thereby becoming a master degree student rather than a mere scholarship student, his allowance was not upgraded until after 3 months of complain.

Sandy’s hostel was called Nan Guan Si and he lived alone until he was given a roommate named Sampson from Ethiopia.

They lived fine but finally separated because Sampson had the bad habit of not flushing after using the toilet. When he was confronted, he said it was their custom or culture to wait until the feces piled up before it was flushed. Sandy later got another roommate named Vuguziga Thaddeus who was a Rwandan. They lived together until Sandy found out the unhealthy life style he lead. Vuguziga comes back late every night and during winter, he lives the window open thereby destroying the protective measures Sandy took to fight the cold. Sandy later found out that his nightly activities were demeaning; he gets paid to be a fool in front of some Chinese girls. When he was confronted, he tried to kill Sandy. They separated. Sandy was given another room which had three beds. He shared that room with two others who were Indians.

After he was done with his course, Sandy had some time to stay in China and so, he was free to go on tours, conferences, recreational activities, tourisms. That was how he met Lisa. Lisa is Chinese by blood and Philippines by nationality. She was in china to complete her studies. She stays with her cousin who is a medical doctor. Sandy met Lisa at the counter inside his building. They exchanged pleasantries, names. She came to collect films from a friend of hers. After collecting the films, Sandy suggested she watch it in his room.

Lisa’s friend tells her that Sandy is a good person and that she can watch it in his room if she wants. She then obliges and follows sandy to his room to watch the films. They both watched films till late at night then she went home. On her way home, they exchanged numbers. Before the day broke, they had series of late night calls in which Lisa kept asking Sandy if he loves her. Lisa falls in love with sandy because he behaves like her father. Lisa’s parents are racist and will not support her new found love with a black man. Their relationship therefore had to be kept a secret.

Ijeoma, Lynda, Sonia, Chelsea and many others did not like the relationship between Lisa and Sandy. They therefore, spread rumors to cancel out the union and although the rumors caused an abrasion in their relationship, it did not cause any major damage (they quarreled and made up in a day).

Lisa’s cousin got wind of her relationship with a black man and sent news to her father. Lisa’s father came to china in disguise to monitor his daughter but when he could not find any evidence of her unholy relationship, he went back to Philippine. Sandy promised to marry Lisa and she too promised her undying love and loyalty to him. They both did things in common. They did have a lot of fallouts, mostly due to Lisa’s naivety in her dealings with other Africans or how the words of others influence’s her. Their fallouts were not enough to quench their love for each other.

Lisa was later called back to Philippines and sandy later travelled back to Nigeria. They nevertheless, kept in touch, believing that one day, they will be together but as husband and wife.

The author’s choice of words was relatively easy to read, pronounce and understand. For the numerous times native languages (Igbo, Chinese, and Tagalong) were used, many were translated for the reader’s comprehension. And many that were not translated were supposedly meant to appeal to the reader’s imagination.

The use of a pronoun to introduce the protagonist was genius. It would most definitely make the reader want to know who “He” is.

The protagonist’s pain and dilemma in another country is realistic. The use of communication, fear and racism as a barrier to the protagonist’s journey, schooling and love life was ingenious.

The work was supposedly meant to be informative and educative since the author mentioned some of the many ills in the academic sector and human nature as regards the display of how to write official letters, what happens at airports, man’s inhumanity t man both within and without.

Characterization is said to be the way in which the writer conveys his or her characters in a work of art. It is the reader’s understanding of the personality, physical descriptions and actions of characters in a work of art. Therefore, the technique of characterization the author made use of was “telling”. He provided information on each character particularly, the protagonist. Firstly, from the call he received, what transpired between him and the people he met, down to how he entered a foreign country and how he met Lisa

The point of view used here is the “omniscient point of view”. The author knows everything about the characters even their inner most thoughts and next actions.

The story was set in both Asia and Africa. Although the beginning of the story did not exactly tell us the particular African country (it might have been implied), we got to know that the protagonist is Nigerian and traveled from Nigeria to China. This was made manifest whenever the protagonist had to introduce himself.

The themes in any work of art are the main idea or message the author intended to discuss. In the book, there were two major themes…

The staffs in the country Sandy went to study their language, denied him certain privileges as befits a scholarship student. His journey was not a smooth one because not many were willing to help a black man. Many that actually came close to him saw him as a means to boost their status amongst friends. In his love life, the parents of his lover were open racist and if the relationship was not kept secret, then Sandy would have really been in trouble.

PERSISTENCE DESPITE THE HURDLES AND CHALLENGES

The main character faced so many obstacle from the planning of his flight to the travelling and the coming back. Associates who were jealous ended up being obstacles but the protagonist is portrayed as being overly cautious and spirited. Therefore, he overcame them all and travelled. While in a foreign country, he stood up to the discrimination he faced in the hands of the staff, escaped certain deadly situations e.g. he was invited to lunch by some random Chinese men who he presumed just wanted to boost their status. But he sensed danger when things didn’t go as planned for them. His love relationship also passed through undeserved scrutiny. But he overcame them all.

The first biggest flaw portrayed in the work is characterization. There are myriads of characters which we know absolutely nothing about. Even though they are minor or side characters, ample information on them and how they are able to affect or influence the protagonist’s life should have been given. The omission of such simple yet vital information leaves the reader confused, impatient, and ultimately looses interest in the work.

No information was given on the protagonist. We were thrown into the work with the protagonist being some mythical or unidentifiable being. E.g. who are his parents, where is he from, what is his physiology like, how did he get about the employment? There is no back story on the main character. Basically, the MC has parents and that’s all we know.

Lisa, the lover of the protagonist also came out of nowhere. Nothing about her was known until the MC initiated a conversation with a girl. It can be accepted considering that the author obviously centered his story on the main character.