Character Analysis of the Invisible Man by Ralph Ellison 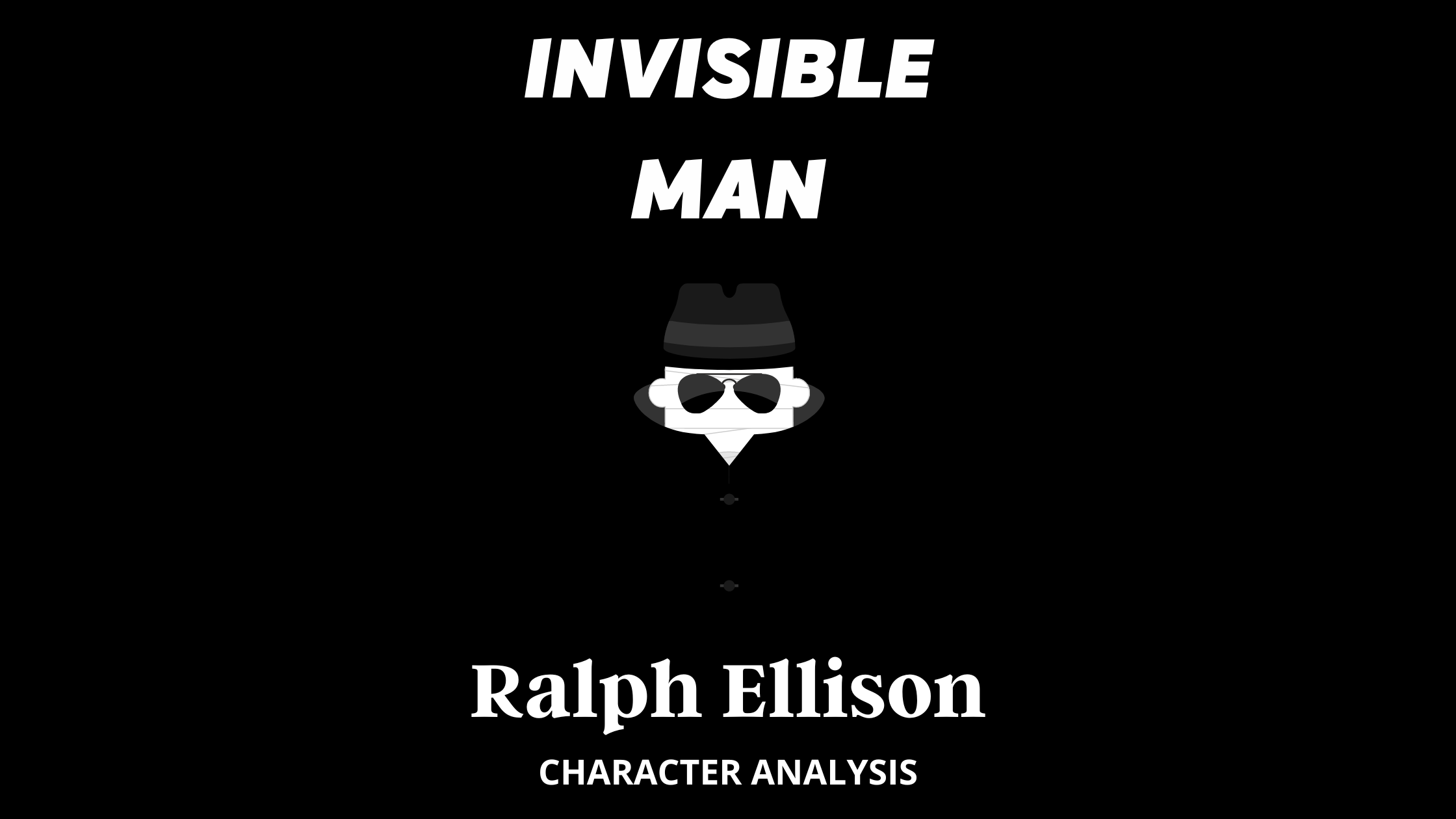 In this post, we will be discussing the Character Analysis of the Invisible Man by Ralph Ellison, which includes The Narrator, brother Jack, Tod Clifton, Ras the exhorter, Sybil, Rinehart, Dr. Bledsoe, Mr. Norton, Reverend Homer A. Barbee, Jim Trueblood, The Veteran, Emerson, and Mary.

Character Analysis of the Invisible Man

He is the protagonist but is not named in the novel. The Narrator is the “invisible man” mentioned in the title. A Black man in the 1930s of America, the Narrator believes that he is invisible since people do not realize his true nature underneath the roles stereotypes and racial discrimination forces him to perform. Although the Narrator is smart deep introspective, and exceptionally gifted in speaking but the events recounted by him prove that he was not as educated in his early years.

As the story progresses, his illusions become progressively destroyed by the experiences he had as a college student, working for his job at Liberty Paints plant, and as a member of the political organization called the Brotherhood. In shedding his blindness, he must come to the concept of his identity, which recognizes his individuality as a person without depriving him the social responsibilities.

The blindly loyal and white head of the Brotherhood, a political group that claims to defend the rights of those who are socially marginalized. While he appears to be gentle, intelligent, and kind and asserts that he will defend the rights of the oppressed, but Brother Jack is actually racist and fails to recognize individuals as anything more than tools. His eyeglasses and red hair represent the blindness of his eyes and communism and vice versa.

Read the Plot Summary Of The Invisible Man HERE

The Black part of the Brotherhood and a resident of Harlem. Tod Clifton is very passionate and charming and also articulate and smart. He eventually leaves the Brotherhood; however, it is unclear if a disagreement occurs or if he’s simply been disillusioned by the Brotherhood. He then begins selling Sambo dolls in the streets, which he is believed to be both perpetuating and ridiculing the stereotype of the servile and lazy slave that the dolls depict.

A strong, attractive, charismatic, angry man who has a knack for public anger. Ras is a symbol of his Black nationalist movement, a violent movement to overthrow white supremacy. Ellison appears to use his position to criticize the Black nationalism of the leader Marcus Garvey, who believed that Blacks could never attain the freedom of white society. A rebel, Ras frequently opposes the Brotherhood and the Narrator often violently and can cause violence in Harlem.

A white woman who the Narrator attempts to track down to discover details regarding the Brotherhood. Sybil rather uses the narration to perform her dream of being sexually assaulted by a “savage” Black man.

A surreal persona who is not seen in the novel unless by the name. Rinehart has a seemingly endless variety of identities, including the most popular are pimp, bookie, and a preacher who talks about the topic of “invisibility.” When the Narrator is wearing sunglasses that are dark in Harlem the next day, a lot of people think he’s Rinehart.

The Narrator is aware that the ability to change the shape of Rinehart’s character is an existence of unending possibility, freedom, and possibilities. In addition, he recognizes the fact that this ability can lead to an unauthentic and manipulative slant. Rinehart is, therefore, a key figure in the larger discussion of the question of self-concept and identity.

The president of the college of the Narrator. Dr. Bledsoe proves selfish, reckless, and acrobatic. He is a Black man who has put on the appearance of being a servant to the white community. Motivated by the desire to keep his position and authority, he says that he would see every Black person in the nation be lynched if he had to give the position of power he holds.

One of the rich white trustees at the college of the Narrator. Mr. Norton is a narcissistic man who sees the Narrator as a tick on his scorecard. That is proof that he is liberal and generous. Norton’s sad comments about his daughter lend an unsettling quality of longing that is a part of the tale of Jim Trueblood’s sexual incest.

A pastor from Chicago is a guest at the college of the Narrator. Reverend Barbee’s passionate praise for the Founder’s “vision” strikes an inadvertently ironic note because the man himself is blind. In the first name Barbee, Ellison makes reference to the Greek poet Homer and another orator blind who celebrated heroic heroes in poetic epics. Ellison employs Barbee to mock the college’s desire to make the Founder into a similar mythical hero.

An uninformed Black man who had a baby with his own daughter and lives in the outer reaches of the campus of the Narrator’s college. The faculty and students of the school view Jim Trueblood as a disgrace to the Black community. To his surprise but whites have shown a fascination for him since the news of his incest became publicized.

A reformed Black man who makes a series of insightful comments about race relations. He claims to be a graduate of the school of his Narrator and attempting to expose the flaws of the school’s philosophy. His candor and honesty irritate the Narrator as well as Mr. Norton. He exposes their blindness and insanity and exposes the dark character of their relationships. Even though society has labeled his character “shell-shocked” and insane, the veteran is the only one who can speak the truth in the opening section of the story.

A son of one of the rich white trustees (who is also referred to as Emerson) from the college of the Narrator. The younger Emerson is able to read the supposed advice by Dr. Bledsoe and reveals Bledsoe’s infidelity to the Narrator. Emerson expresses his sympathy to the Narrator and assists him in finding a job. However, the Narrator is too busy with his own issues to assist the narration in any meaningful way.

A sweet and maternal Black woman who stays with the Narrator after finding out that The Men’s House has banned him. Mary is kind to him and lets him stay at no cost. Mary nurtures the strength of his Black identity and encourages him to join in the struggle for equality of race.

Let us know in the comment section if we left out any character or any characteristics of the above mentioned while discussing the Character Analysis of the Invisible Man by Ralph Ellison with you.