Damilare Kuku’s Nearly All Men in Lagos are Mad: ‘ The Gigolo from Isale Eko’ 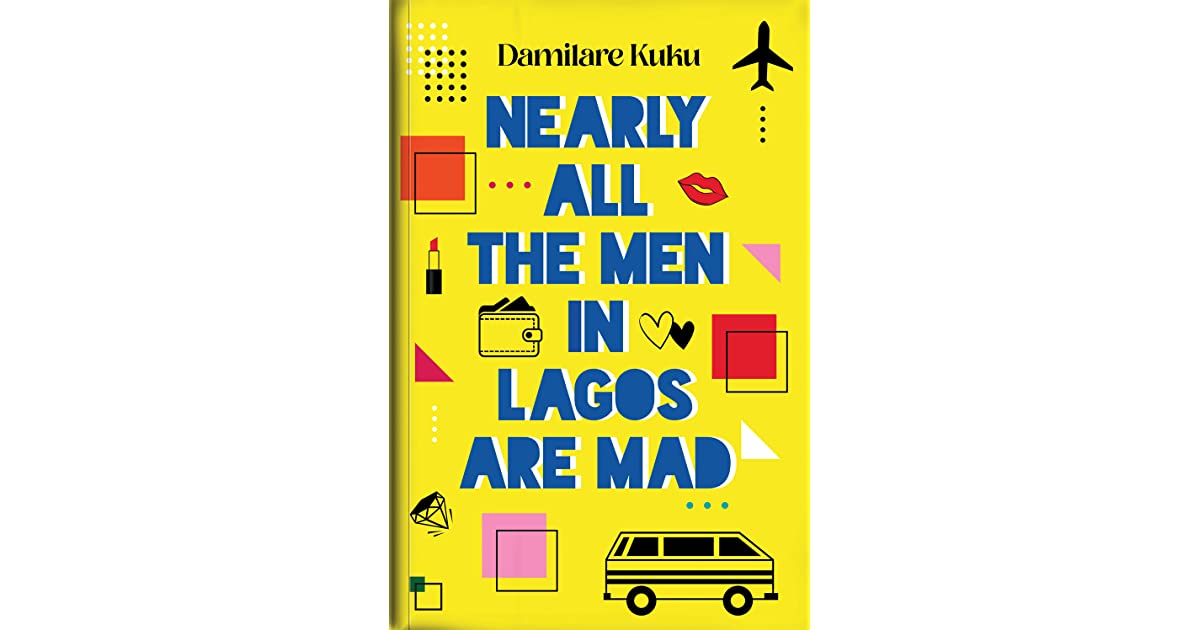 This post will be discussing Damilare Kuku’s Nearly All Men in Lagos are Mad: ‘ The Gigolo from Isale Eko’

Review
The Gigolo from Isale Eko

The Gigolo from Isale Eko is the second story in Damilare’s Nearly all Men in Lagos are Mad. Like her first story, this narrative explores another Lagos gist, this time about a Gigolo. The author employs ‘you’ as a character sitting in a bar and listening to the narrator’s stories about his friends, Seni and Iggy.

Damilara’s unique style of narration again plays out here. Like a proficient orator, the author creates an entrancing story out of Iggy’s escapade.

Generally, the story centres on the opportunist personalities of young men who can do anything to get money, change their religion, feign love and sincerity, getting married just to acquire wealth or other material benefits. The narrative depicts a gigolo as crafty and sly, almost entirely ingenuine and carefree.

The story also addresses friendship and the idea of Family by loyalty not just by blood.

I particularly appreciate Damilare’s narration through the eyes of a male character. She successfully tells a unique tale through a male perspective, with effective use of language in the context of the male gender, rather than being trapped in the language of the female gender( as the author is a female). Her success in this area makes her not just a creative artist by a flexible writer.

This story will be more appealing to youths that enjoy audacious exploits. If you enjoy an open-minded story I’m sure you’d also like this story.

Summary of Damilare Kuku’s Nearly All Men in Lagos are Mad: ‘ The Gigolo from Isale Eko’

The Gigolo from Isale Eko, tells the story of three friends, one who is the narrator and the other two Seni and Iggy. However, the story revolves around Iggy who is the Gigolo referred to in the title of the narrative.
The narrator, who bears no definite name hails from Isale Eko in Lagos, the ancestral home of Lagos which seems to be clustered with poor housing and the street raided by crimes. It’s in this city that the narrator meets iggy whom he share a brotherly bond.

The story begins at Iggy’s bachelor’s party planned out by the narrator. Here we are informed of Iggy’s wedding with Pamela, rumoured to be because of Iggy’s desire for her wealth.  The story proceeds with the introduction of Seni whom they shared memorable times with partying and living their youthful lives to the fullest.
Consequently, we are informed of Iggy’s exploits as a gigolo, his affair with his boss’s daughter and ladies who got him a blackberry phone, a Toyota RAV4, sent him on vacation to Mauritius etc. His exploits didn’t just end at relationships, he even got married for material benefits.
His first marriage was with Odunola, whom he married for an American visa. The marriage lasted for five years and he got a divorce and started a logistics company.

As the story proceeds, a Muslim lady named Jamilah comes into the picture. She soon gets comfortable with the guys and they all become friends. Seni falls for Jamilah but fails to confess his feelings. Soon Iggy converts to Islam and takes on the name Iqbal and sets off to date Jamilah. He gets married to Jamilah, leaving Seni heartbroken and as usual got a divorce after five years just after he enjoyed the benefit of getting a government contract from Jamilah’s uncle.

At the resolution of the story, years have passed and the three friends are back together catching up on old times.

Characters in Damilare Kuku’s Nearly All Men in Lagos are Mad: ‘ The Gigolo from Isale Eko’

The narrator
The narrative personae is referred to as ‘I’ with no definite name. He is a friend to Seni and Iggy. He is the storyteller in the narrative. He is from the town of Isle Eko and believes in the family by loyalty not just family by blood. He is a caring friend and is genuine unlike iggy. He is the cool guy in the squad of three and the one who always plan a bachelor’s party for Iggy. After planning the first bachelor’s party for Iggy, he decided to start his party-planning enterprise. Throughout the story we see him observing and trying not to be too judgemental about things, especially about Iggy’s personality. He doesn’t support nor criticize Iggy’s character nor does he behave like him; he is, however, open to enjoying the benefits from Iggy’s exploits.

Iggy( Ignatius)
He is the major character around which the story revolves. The narrator focuses more on exposing his character and exploring his exploits as a gigolo. In his youthful age, he engaged in all kinds of weekend partying and focused on living his life to the fullest. He is characterised by his consistent affairs with women for money and other benefits. He is described as having a sort of charm that makes ladies fall for him. Iggy can easily get a lady’s attention and make them fight over him as did the girls in Iya Lati’s Buka in Tinubu Square. After his NYSC, he worked at a Logistics company, where he was lavished with luxury due to his relationship with Folakemi, his boss’s daughter. He only dated her for the benefits and broke up with her afterwards. Iggy didn’t only date Ladies for money, he even married for money, a government contract and an American visa, divorcing each lady after five years of marriage. Iggy’s character is a perfect portrayal of opportunist young men of Lagos also known as hustlers who can do anything for money.

Seni
Seni could be said to be the foil of Iggy in terms of personality. He is described as handsome and seems genuine. The narrator seems to admire him for his personality. Seni was working at the same company as Iggy and that was where they became close and soon starts living together. He is calm snd sensible and always on the lookout for his friends. As the story proceeds Seni met Jamilah and soon falls for her but he didnt date her nor confess his feelings to her, perhaps due to religious differences. Seni is heartbroken, as Iggy marries Jamilah and he moves away from his guys to Abuja. Years later, the guys are back together, and Seni and Iggy are seen catching up like old times.

Jamilah
She is the only fully developed female character in the narrative. She is a Muslim, described as stunning and incredibly funny with a warm smile. One evening, while buying some pork chops, she comes in contact with the narrator, who invited her to join the guys at dinner. Soon she becomes close with guys and is seen eating and relaxing with them. Seni soon falls for her but she ends up getting married to Iggy (who converted to Islam) despite knowing his adventurous exploits with women. This is perhaps due to pressure from her family to get married. Her uncle is a government official and as such, through her influence Iggy lands a government contract. In the end, she gets divorced after five years of marriage with Iggy.