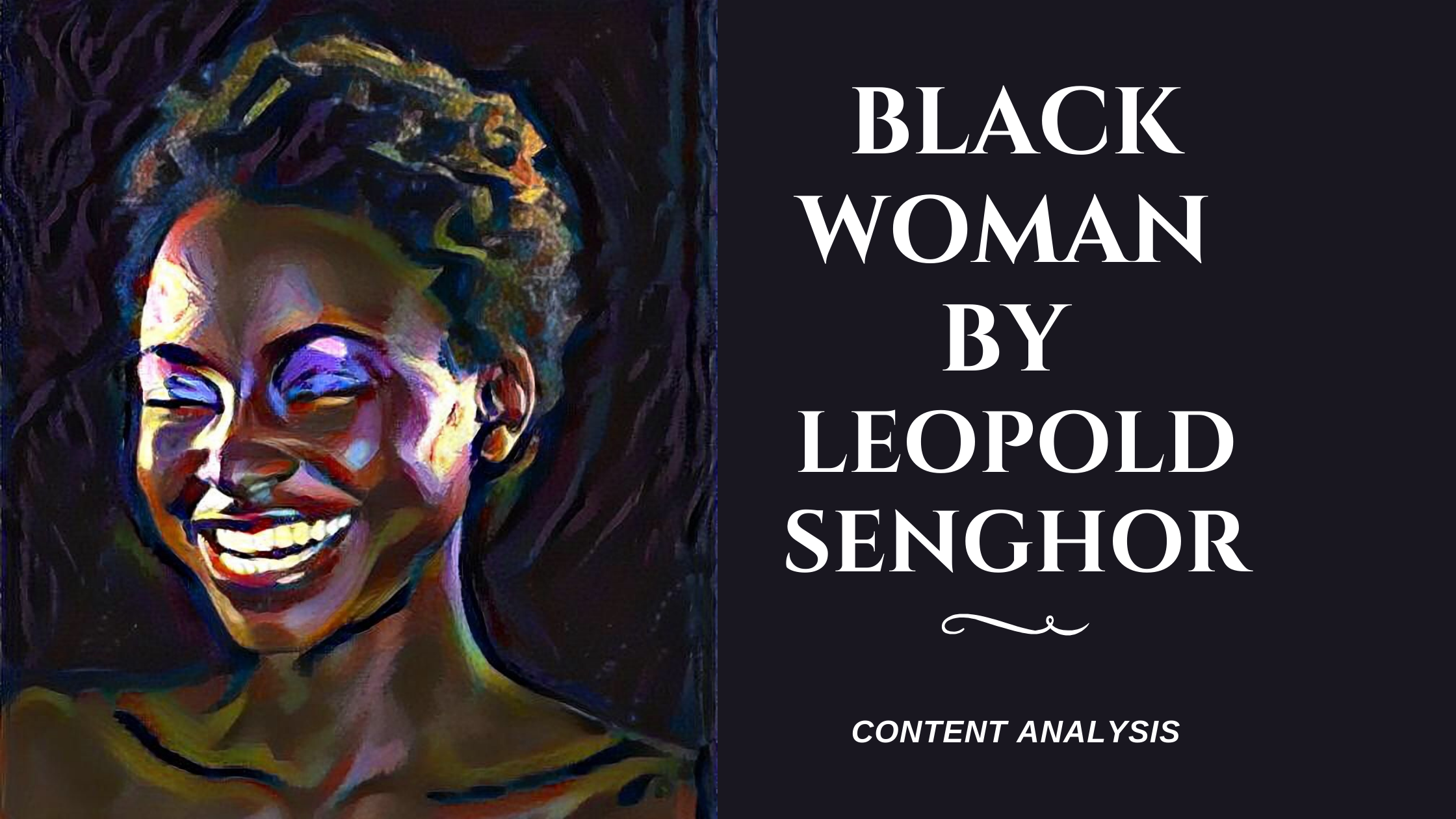 The poet illustrates the value of our African skin, and our root, and therefore urge Africans o celebrate their black skin, their root, and their Africa. The poem has a simple diction, one that expresses beauty as natural(naked). The mood of the poem is that of idolization, as the poet praises the beauty of a black woman.

Senghor’s ‘Black Woman’ begins with the announcement of a naked black woman who is clothed with the color of life and beauty. This woman, Senghor portrays as having gentleness and charm, expressing the warmth this woman offers. The poet personae, who might have been nurtured by a black woman, praises her care and warmth.

As the poem proceeds, Senghor shifts his reader’s attention to the physical features of the ‘black woman’, comparing her to ‘ripe fruit’ and ‘black wine’ and she has qualities that should be announced to the world. The poet associates the black woman with the ‘savannah stretching yo clear horizons’ and ‘savannah shuddering beneath the East wind’s eager caresses. These lines portray the image of the African continent, painting a picture of the tropical regions filled with fresh green grass and few trees. She is depicted as a well-sculptured drum that gives an appealing sound under the fingers of her conquerors. Her voice is said to possess a spiritual undertone of the loved one.

In conclusion, the poet preserves the beauty of the black woman in poetry, revealing that although nothing endures forever, this song about her beauty will continue to be sung.

We’ve considered the analysis of the poem ‘Black Woman’, now let’s consider the figurative devices used in the poem.

This device runs through the poem, as the poet compares the black woman to the promised land, ripe fruit, Savannah, owl, and gazelle, as seen in lines 4,7,12, and 13.

This refers to a direct comparison. The poet portrays the use of this device in the line below:

“Your beauty strikes me to the heart like the flash of an eagle.”

In the above line, the poet uses ‘like’ to show a comparison between the black woman and the nobility of the eagle.

The poet employs the massive use of imagery as the lines paint images of nature such as the wind, sun, moon, night, and stars. A geographical image such as the ‘savannah’ is also depicted. Another imagery is seen in the lines :

We see the image of an antelope running in a paradise-like forest.

The poet uses imagery to emphasize the beauty of the black woman and to provide the reader with an image of the continent of Africa.

This device is used to refer to something already known. The poet employs biblical allusion in the line below:

“I come upon you, my promised land..”

In the above, the poet alludes to the biblical promised land to emphasize the bright hope Africa possesses.

In line 2,” Clothed with your color…” k alliterates

Senghor employs symbolic terms to represent the ideas in his poem. Words like the promised land, ripe fruit, Savannah, oil, and gazelle symbolize the natural beauty of the African woman. Also, the poet uses the black woman to represent the continent of Africa, as well as African women.