How does Lakunle contribute to the plot development of the play?, Who is Lakunle in The Lion and The Jewel? 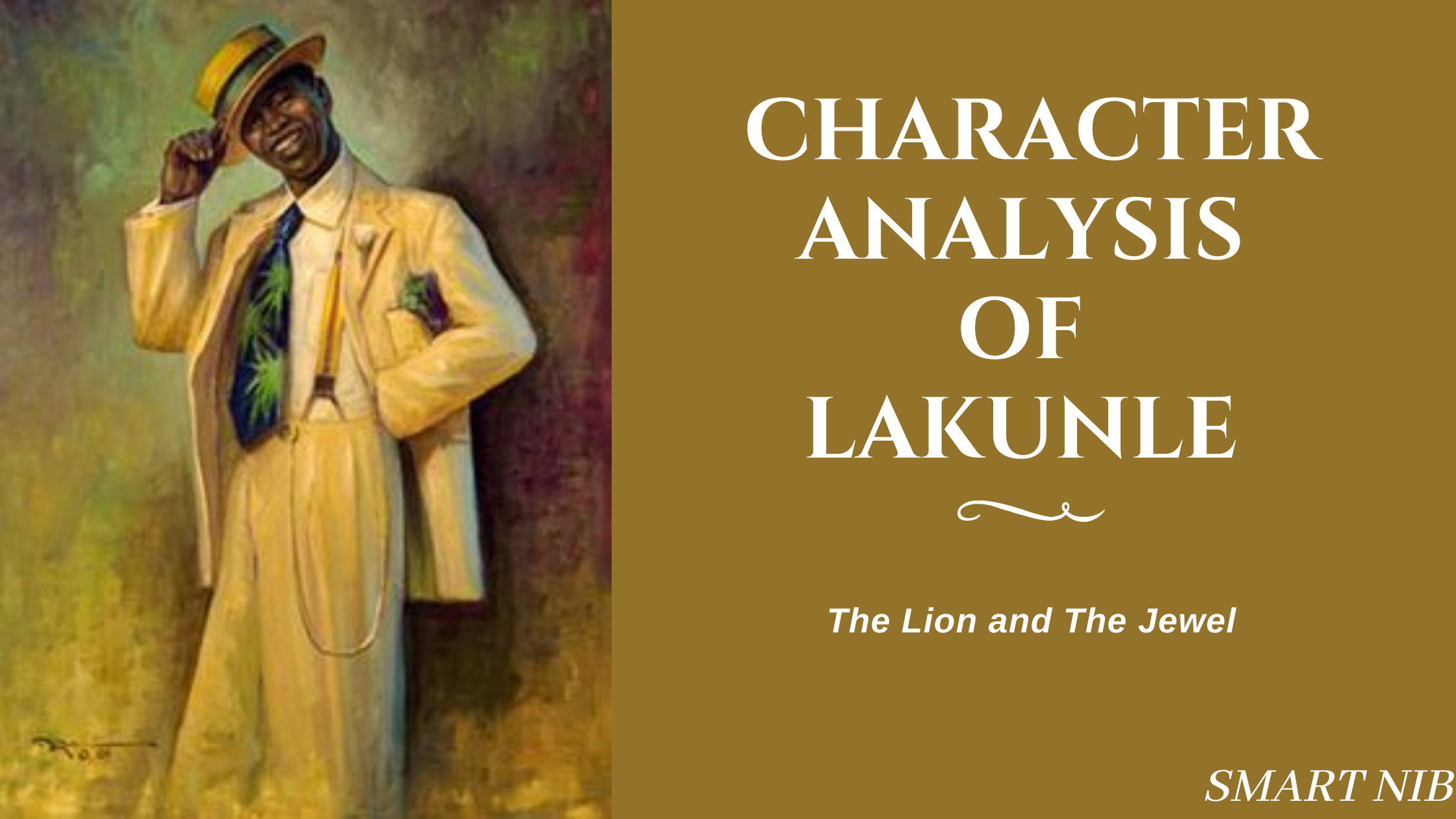 Why does Lakunle dislike Baroka?

Why did Sidi not marry Lakunle?

How old is Lakunle in The Lion and the Jewel?

Let’s look at the character Lakunle.

Who is Lakunle in The Lion and The Jewel?

Lakunle is a teacher in Ilujinle Village. According to the play, he is around his mid-twenties and is deemed to be “nearly twenty-three”. He flirts with Sidi and says he loves Sidi and would like to get married to her.

He is an archetype of confused, educated Africans who believe in European values, but at the risk of their culture’s heritage and ancestral roots.

Lakunle is clearly a hypocritical person and perhaps difficult to comprehend. We can say Lakunle is a person of two mouths. He does or says something in the present, and then the next minute, it is the opposite.

This is illustrated in his denial to pay Sidi’s wedding cost while insisting that Sidi is supposed to be equal to him, not subordinate or inferior in the process of a wedding. This is why he stands to ensure gender equality. It’s a bit surprising that Lakunle claims that women’s brains are less developed than men, suggesting that women are less intelligent than males – a blatant contradiction to his earlier stance on gender equality.

Lakunle is also of the opinion that African values are outdated, barbaric, and degrading, but it doesn’t prevent him from taking part in the traditional dance sparked by Sadiku and other dancers when the woman threw her buttocks over him in a provocative manner.

Absolutely, Lakunle is an unassuming character who believes that he is superior to all others due to his aversion to the European civilization, but actually lacks the understanding and wisdom required to reconcile Western principles in conjunction with African values and then put the end result to beneficial use.

Sidi’s assessment of Lakunle when compared to Baroka shows that Lakunle is weak, lacking mental strength as well as physical strength, and is what Sidi refers to as “book-nourished shrimp”.

How does Lakunle contribute to the plot development of the play?

It is not a secret that Lakunle is a major part of the play The Lion and The Jewel. His perversion of the customary bride’s price is what brings Baroka into the fray of those who would like to have Sidi’s hand to marry. The exchange that occurs between Sidi and Lakunle prior to the appearance of glossy magazines reveals that Sidi would be willing to get married to Lakunle in exchange for her paying her wedding price. Lakunle’s refusal of her wishes is a stretch to the plot and permits Baroka’s lizard Baroka to look into the wall that has been cracked.

Lakunle despite his insanity is the voice of education in the village. His influence is evident in every aspect of the story. He molds Sidi with ideals shaped by his own education. He makes Baroka adopt a milder approach towards education. His influence also makes its way into the Baroka palace where he teaches the palace staff and attendants about their right to the right to have a day off. Therefore the moment that Sidi goes to Baroka’s Palace it is nearly empty, with the exception of that of Baroka along with the wrestler. His workers are enjoying their days off.

Lakunle is actively involved in the play within a play. For instance in the opening performance of the characters, which relates to the arrival of a stranger into the village and also the origin of the glossy magazines. Lakunle is the character who plays an improvised version of the person who is a stranger during the mime.

In summary, Lakunle could be best described as an isolated African with a black body, but a white soul.