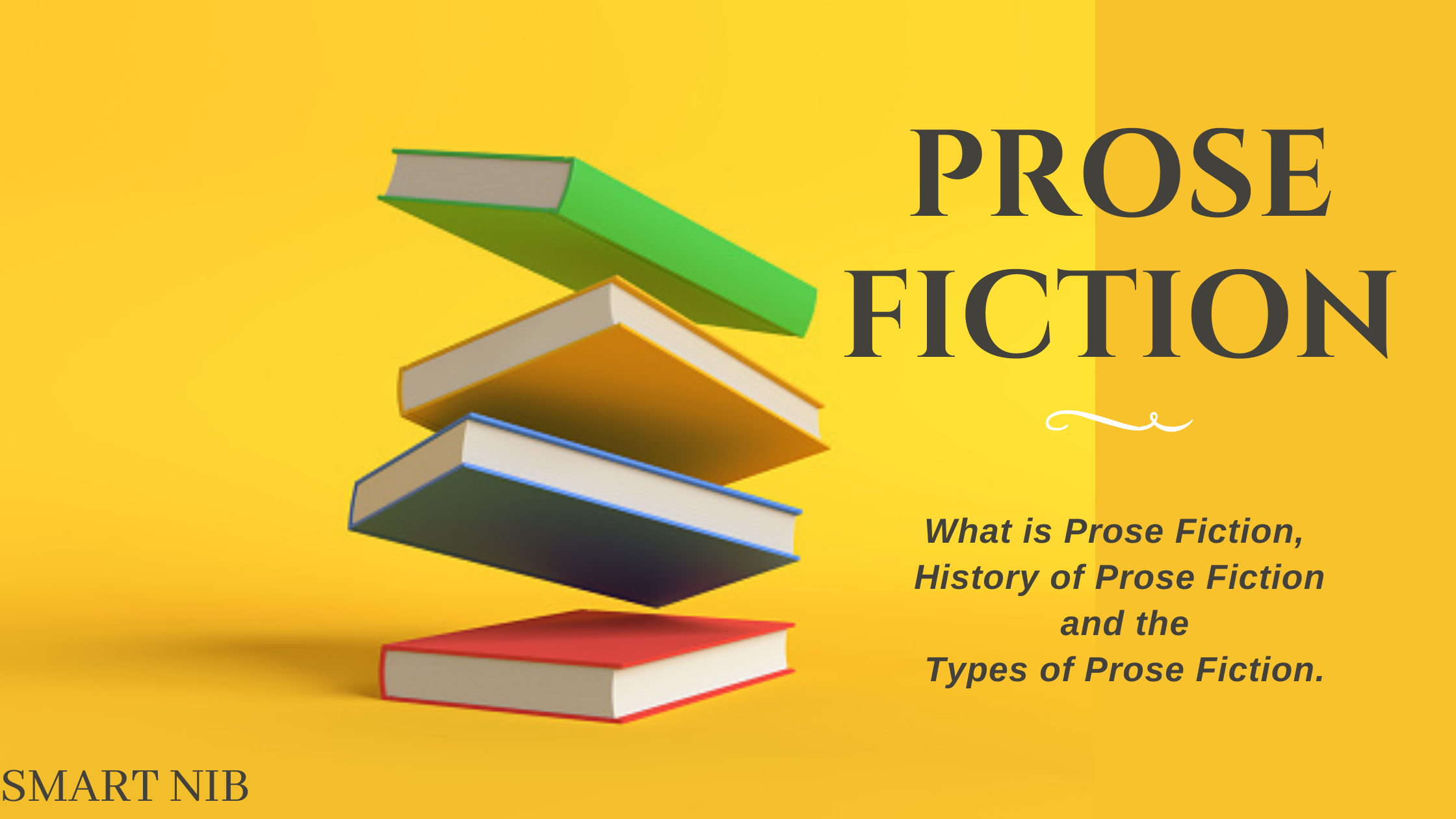 There’s a lot we don’t know about prose fiction. We know it’s a genre of literature that typically deals with moral questions and developing plot points. But what does the term mean when you see it written for the first time? And what does it mean to us now?

What is Prose Fiction?

Prose Fiction is a text written or spoken using the structure of normal or everyday language. It can also be considered to be an imagined story typically written down, that is told in the everyday language or natural way.

In contrast to nonfiction and poetry, it allows people to get away from reality, focusing on characters and events that are only limited by the imagination of an author. It usually employs a variety of strategies, such as narrative, and is able to cover a wide spectrum of length.

Though people classify the stories according to the form and genre, a common element is the use of universal themes that provoke emotions from readers. The concept of “good” and “bad” for these works is quite subjective since these stories depend on the ways people speak and behave in everyday conversations and in various situations that change in time.

Writers typically tell their stories in prose, so most people today are confused when they read stories written in verse.

However, before identifying the important differences, it is crucial to recognize that both novels and short stories are genres of narrative that are now commonplace, which first came into their current form during the European Renaissance.

Obviously, people have been sharing stories in various forms for a long time longer and in many other settings. One of the forms which had the greatest influence on the development of the modern prose fiction genres included those of the Classical epic poem, specifically The Iliad and Odyssey by Homer. Iliad as well as Odyssey as well as the Hebrew Bible, which is full of a myriad of stories that are short.

A novel is a fictional prose narrative or tale that tells an image of life. It is important to note that the notion we had of the novel as a literary form, was first introduced in the 18th century.

This doesn’t mean there was no form of a novel prior to the year 1700. The novelists of the 18th century were able to write, on the one hand, the medieval romance and its successors, the courtly novel from Italy and France, and also the English stories.

The Sixteenth and Seventeenth centuries developed from a number of significant sources: Lyly’s Euphues Sidney’s Arcadia and Green’s Menaphon. However, the rogue novels, as well as The Picaresque tradition, were the other important factors in the development of the English Novel. A few other factors contributed to the growth of the English novel and derived from the translations of classics, such as

The Golden Ass of Petronius, Boccaccio, and the official version of the Bible. Although it is evident that there was a variety of prose fiction but they didn’t offer an image of the real world. It was 100 years later that real-life was the most popular theme.

The rise of the novel during the period of 18th-century was aided by a variety of factors, including:

The industrial revolution could be described as having led to an increase in the middle class.

The beginning of the creation of the novel could be described as being a time of formal exploration. There was no predominant style or form. However, authors were in the grip of the bizarre tales from the past.

The works of writers are quite different from one another, in both style and style. The founder of the English novel is usually believed as Daniel Defoe. The three best novels of his Robinson Crusoe, Moll Flanders, Roxana were all published before 1730.

Alongside Defoe, the other authors who were pioneers in the novel included Samuel Richardson in his Pamela, Clarissa Harlowe, and Henry Fielding in his Tom Jones, Joseph Andrews, Jonathan Wild.

In addition to these, we need to add two Irish rebels — Jonathan Swift and Lawrence Sterne. Both men wrote works that would later be considered to be novelistic masterpieces like Gulliver’s Journeys and Tristram Shandy.

There are 10 kinds of prose fiction that are listed below.

A detailed account of someone’s life is called a Biography.

It’s a type of prose that is packed with basic information about all the lows and highs of an individual’s life, as well as stories and memoirs. A biography tells the story of the individual’s experiences with relationships, life as well as work, and other aspects of life.

You are the main protagonist in your biography, and it is a way to convey your personal story in the eyes of others. Biographies are part of an umbrella of the genre called “non-fiction. When they are written in-depth we refer to them as writing from the past.

A biography may be presented or portrayed in many forms of media such as film to literature. A formally accredited biography must be composed with the permission as well as the cooperation and involvement of the individual or the family members or successors of the person.

It tells the narrative of a person’s life as told by them, however, edited and written by a different person.

Biography Example: The Life of Samuel Johnson (By James Boswell)Prose

This is an excellent illustration that demonstrates the English language. Boswell was well-aware of Samuel Johnson and has created an amazing biography for the writer’s death and for the readers.

Autobiography can also be described as a form of prose. As the name implies it is the autobiography written by a person about their life.

It’s a lot like the genre of biography, but it’s written by the person whose story it tells. For instance, if I write the tale of my life completely by myself the story will be called an autobiography. One can get help or guidance from a different writer or an editor if needed.

Examples of Autobiography: The story of My Life by Helen Keller is the finest example of autobiography because it encapsulates everything and this too beautifully.

Folktales are the most popular or famous stories that are a part of particular groups or communities which reflect their values and beliefs. They are generally passed on in a way from one generation to the next.

They are often accompanied by the message of a moral to be understood by the listeners. Folktales can be described in a variety of ways, including tall tales, fables ghost stories, or religious stories.

Myth is a common story that is full of symbolism. They are a superficial representation of the real world or events and are usually connected to religious beliefs and customs.

The central characters in mythology are demigods, gods, or other supernatural beings with mystifying capabilities and abilities that are involved in extraordinary situations or events that are not known to us.

Myth Example: Pandora’s Box is an artifact from Greek mythology that is connected to The mythology of Pandora in Hesiod’s Works and Days.

Legendary stories are a subgenre within folktales. Legends can be a classic tale or a collection of stories that convey a message to the listener. Legends also refer to the person or place.

The term was first used in the early days. Legend was used to tell the story of saints. They’re quite like folktales with respect to content.

They could contain supernatural beings or elements of mythology and explanations about natural phenomena however, they are tied to the particular location or individual and are told in the context of old-fashioned wisdom.

Fictional work of literature that depicts non-animate things or forces from nature like animals, plants, or mythical creatures with human-like characteristics. The prose is written in prose or in verse in order to draw attention to human folly and flaws and errors.

They have a moral message that is woven into the story and are often written out to end with an eloquent maxim or a statement.

Fable Example: A splendid example is The Panchatantra, a Sanskrit collection of fables about beasts. The Animal Farm by George Orwell is an outstanding novel that depicts the situation in Russia post-war by illustrating animals in a satirical way.

Parables are brief stories that are educational, composed in prose or verse that describes one or more important lessons or even teachings. Parables differ from fables since fables use animals or plants, non-living objects, or forces of nature as main characters however parables employ humans as the main characters.

Parables are a form of metaphorical metaphor. The parables in the literature provide an important moral message to readers. They are excellent for teaching because stories are easy to remember with ease and enthusiasm.

Examples of Prose Typing Parables: “The Boy Who Cried Wolf” warns against lying, because of the possible consequences.

Novels are lengthy literary fiction, typically composed in prose. The novel can be described as a work that tells a single story written by a writer who is inspired by exposure and experience. \

The novel contains many chapters, and each chapter is connected to the other by an order of events and is set in a particular atmosphere and setting.

There are a variety of genres available for novels that encompass a variety of styles and kinds, and among them are drama, comedy, picaresque romantic, gothic epistolary, and many more.

As the title suggests the term “short story” refers to a prose-style narrative that is smaller than novels. A short story is comprised of one or two events, chapters, with a small number of characters, and has a few or no chapters.

The format encourages the preservation of the setting, concise narratives, and the deficiency of a complex plot. characters are revealed in the action or dramatic scene, however, it is rarely fully developed.

An essay is a piece of writing which lets the writer present their ideas and opinions or arguments. Composition doesn’t need to be formal or follow any particular format to follow the majority of essays deal with the subject in a more personal way and express their perspective.

Some of the most popular essays include :