Analysis of the Raider of the Treasure Trove by Lade Wosornu 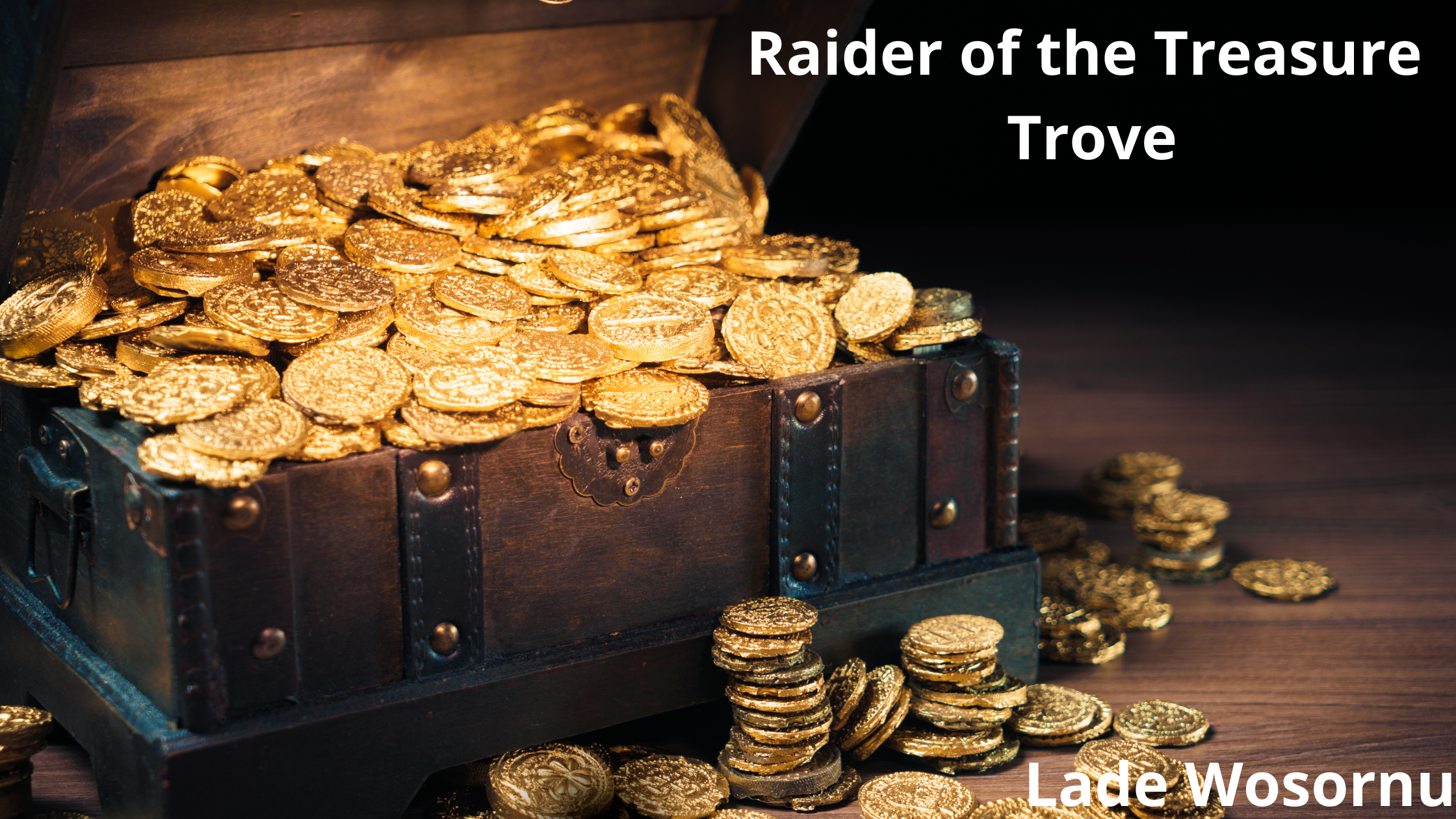 Read the Raider of the Treasure Trove Poem HERE

Analysis of the Raider of the treasure trove by Lade Wosornu

In considering the analysis of the Raider of the Treasure Tribe by Lade Wosornu, it is essential to understand the title of the poem. In the title ‘Raider of the Treasure Trove’, the raider represents everyone’s or one’s attitude to the world(rage). The term ‘treasure trove’ represents one’s destiny. Thus the Raider of the Treasure Trove depicts the concept of how every human work towards fulfilling their destiny in life. The poem is generally about the purpose of life and how to fulfil it. The poem is a didactic poem, as it advises the reader on how to live a successful life while avoiding mistakes that can ruin one’s life.

Stanza by Stanza Analysis of Raider of the Treasure Trove

The first stanza of the poem begins with a rhetorical question that establishes the question of what a worthy life should be. The poet concludes this stanza by illustrating that a worthy life is one filled with joy, satisfaction and fulfilment, thus one of the main purposes of life is to find true happiness, i.e ” to fly flags of joy”.

In the next stanza, the poet depicts love as another purpose in life. The poet maintains that love is a way to find happiness. Compassion accompanies love and when compassion is shown towards others, a more peaceful and fulfilling atmosphere is maintained. The word ‘rose’ is used as a symbol for love, therefore line ” And fling roses wherever you pause” implies ‘spread the love around you.

The poet points out in the last line of stanza 3, Rage is a thief/Enemy of equanimity; which explains that anger makes one unsettled and unhappy. The poet also expressed that anger can only lead to calamity, as out of rage, one can do something he/she might regret later. Therefore, the poet admonishes us to control our rage.

In the fourth stanza, the poet continues with the dangers of rage, illustrating that rage spreads toxicity and usually leads to something bad. The poet further explains that anger is caused by different perceptions, as everyone has different ways of perceiving things. The way people react to things results in anger not necessarily what happened.

In the final stanza, Wosornu advises that we watch our minds and beware of rage. The expression “As you think, so you feel” implies that we should filter the kind of thoughts we entertain, as once rage comes in, the result might be disastrous. At the end of the stanza, the poet informs us of his decision”ill fling roses wherever I breth”. Thus he will spread love and compassion wherever he goes, as spreading love will help make a “heaven o earth.

Analysis Of The Fence By Lenrie Peters

Analysis of The Leader and the Led by Niyi Osundare

Themes in Raider of the Treasure Trove

The themes in the Raider of the Treasure Trove are:

One of the overriding themes in Raider of the Treasure Trove is love. The poem illustrated the importance of love in life. The poet maintains that love overrides rage, as love brings happiness and satisfaction. Showing love to others creates a cheerful atmosphere, while range only brings calamity. The poet also emphasises that love is one of the ways to create heaven on earth.

This is the major theme in Raider of the Treasure Trove. Most of the poem centres on the danger of uncontrolled rage. In stanza 4, the poet reveals that rage is the chief of calamity and the thief of laughter, sweetness and joy. In the next stanza, the poet depicts the consequences of uncontrolled rage, which is a ” storm”. In effect, the poet admonishes us to refrain from uncontrolled rage which might leave permanent damage, rather we should spread love.

The poem is generally about finding the purpose and essence of life. The introductory part of the poem is through a question of what makes life worth living and the next two stanza answers the question. The poet points out that the essence of life is finding true happiness, as happiness gives makes a satisfying and fulfilling life.

Additionally, spreading love wherever we go contributes to a cheerful atmosphere, that helps to create a heaven on earth. In contrast to love is the emotion of rage. The poet maintains that a lot of people have ruined their life because of rage, and as such identifies ‘rage’ as one of the pitfalls in finding purpose in life.  In conclusion, the poet proclaims that he choose to spread love, and as such, we should embrace the joy to enable heaven on earth.

Figures of Speech in the Raider of the Treasure Trove

The figures of Speech in the Raider of the Treasure Trove include metaphor, rhetorical question, imagery, alliteration, personification etc.

The metaphor refers to the figure of comparison that compares two unrelated things by stating that one thing is another thing. There is massive use of metaphor in the poem Raider of the Treasure Trove. The metaphors found in the poem include:

This is a literary device is used to ask a question that doesn’t require an answer, rather the question is more like a  loud comment. The rhetorical question in the poem includes:

This device is used when the poet employs words or expressions that create a mental image in the mind of the reader. Some of the words that invoke imagery in the poem include: ‘storm’, ‘calamity’, ‘sail’, ‘flag’, ‘watch’, ‘rage’, ‘berth’, ‘laughter’, etc.

This is the repetition of the same sound or sounds especially consonants at the beginning of several words that are close together. Examples in the poem:
Line 4 – To fly flags of joy, and sail upstreams.
Line 11 – No, Rob you of your life, Rage is chief
Line 12 – Rage drags rags after you, of charity.

Personification is a figure of speech that transfers animate qualities to inanimate objects. In expressing the subject matter in the Raider of the Treasure Trove, the poet employed personification, (especially in describing ”rage”) evident in the following lines:
Line 13 – Rage is a thief
Line 15 – Rage spreads toxic fumes in every scene.
Line 12- Rage drag rags after you
Line 21- Rage sets sail etc