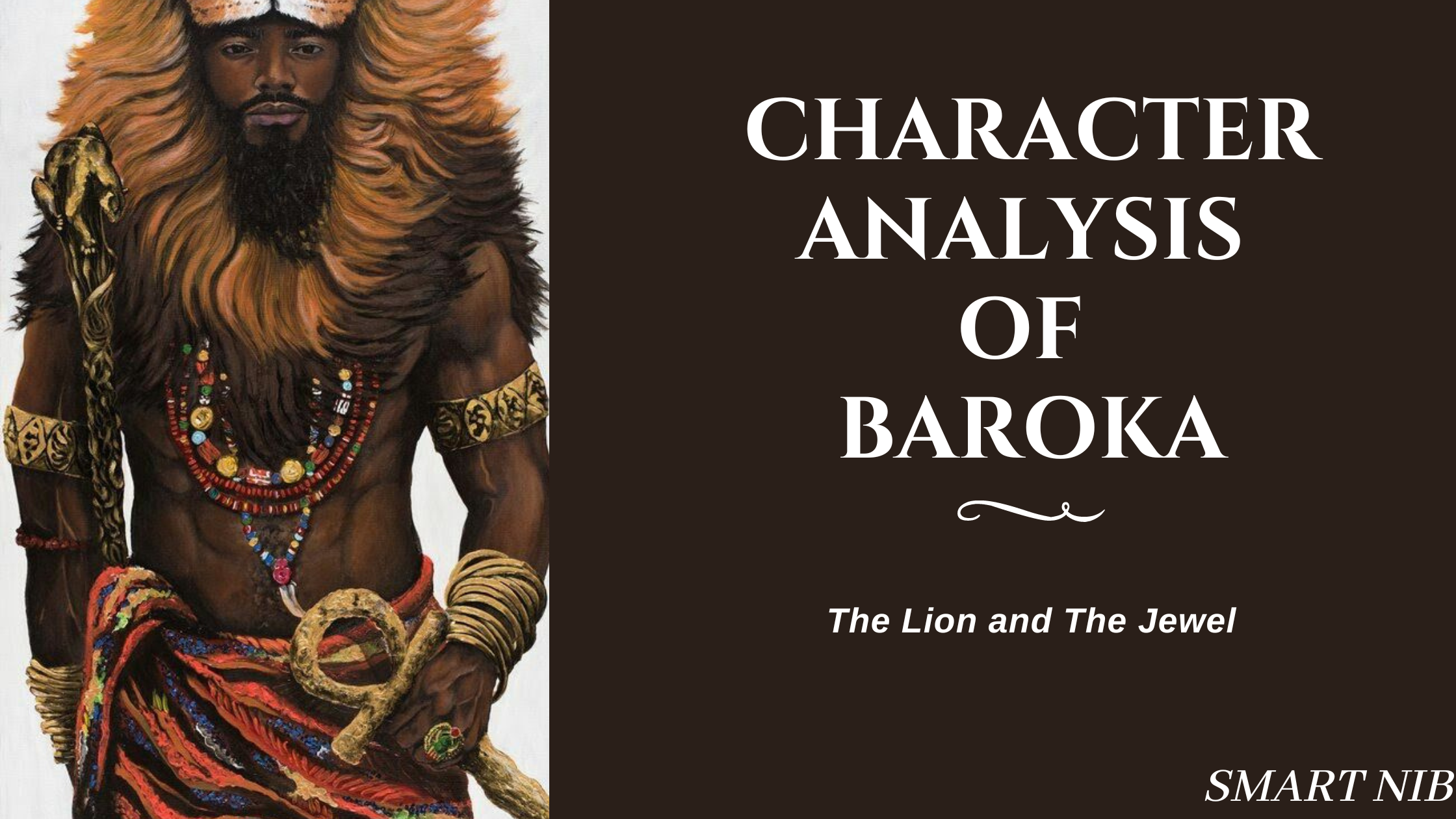 What does Baroka represent in The Lion and the Jewel?

How is Baroka a lion and Sidi a jewel?

What is the role of Baroka?

How many wives does Baroka have in The Lion and the Jewel?

Baroka can be described as one of the major characters in Wole Soyinka’s The and the Jewel. Baroka is the opposite of the character Lakunle. Let’s now sketch an outline of his character Baroka.

In the course of the play, he is referred to with a variety of epithets on the character of his traits worth mentioning are “the fox” and “the lion”. He is known as the fox due to his clever tricks, which one of Sidi does not like. Also, he is often referred to as the lion for his incredible feats of strength as well as his status as the village’s head.

Baroka also has a harem of wives, his most famous is Sadiku whom he took from the village’s previous head. He gets married to new wives every month. He starts to see the beauty of Sidi due to the rush of glossy magazines for the locals. However, he is at a disadvantage due to:

(a) his image is placed next to the village’s latrine;

(b) the image depicts him as the image of a bearded he-goat.

To make Sidi his own, the king tricks Sadiku to believe that he is impotent, knowing that Sadiku would reveal this to Sidi and Sidi would be tempted to mock him. In this way, and with his sweet voice, he steals Sidi’s pride and joy, her virginity, and makes her his newest wife.

While Lakunle believes that Baroka is intent on keeping his lifestyle and stagnation of his culture it is not a doubt that Baroka is awed by education. As a justification in the event that Sidi claimed that Lakunle is more effective as a court jester Baroka states that the village requires Lakunle to be the educator he is, so they can teach their children as well as guide the village.

Baroka is also of the view that progress must be done according to his own preferences. This is perhaps the reason Baroka bribes railway engineers to allow the railroad line to be diverted away from his village. He is looking for a development that doesn’t alienate the village from its conventional view. Contrary to Lakunle who was positive about the coexistence of Western educational systems and African education, if it is done according to their respective criteria.

How does Baroka contribute to the plot development of the play?

Baroka shows up in person at the tail end of the ” Morning” part of the play to contribute to the mime and unintentional flashback of how the stranger arrived at Ilujinle and the encounter he had with Sidi and the villager. But, Baroka has been mentioned in conversations long before his appearance. For instance, Baroka’s name is mentioned in the dialogue with Sidi with the girl in the discussion of Sidi’s gorgeous photographs and the length of their projection. This is contrasted with the humiliation of Baroka’s squatty picture squished in the background of the latrine in the village.

Baroka’s expression of love for Sidi alters the plot of the play, transforming it from a tinny romantic wooing of Sidi from Lakunle. This also leads to the real-life portrayal of the title of the play:

The Lion and the Jewel. The play is a story of the battle between vain Sidi and the unassuming Baroka. The play shows the way the Lion outwits the jewel in both strength and ingenuity.

In addition, Baroka is there for contrast to Lakunle. Baroka is a pragmatic man and a certain goal-oriented person Not the Lakunle-like bookish type. Believing that Sidi is not going to accept his proposal, he eschews the traditional wedding pattern and then disengages her in the future. Once he has felt his masculine power and receptiveness, she agrees to become his wife.