Character Analysis of Sadiku in The Lion and The Jewel 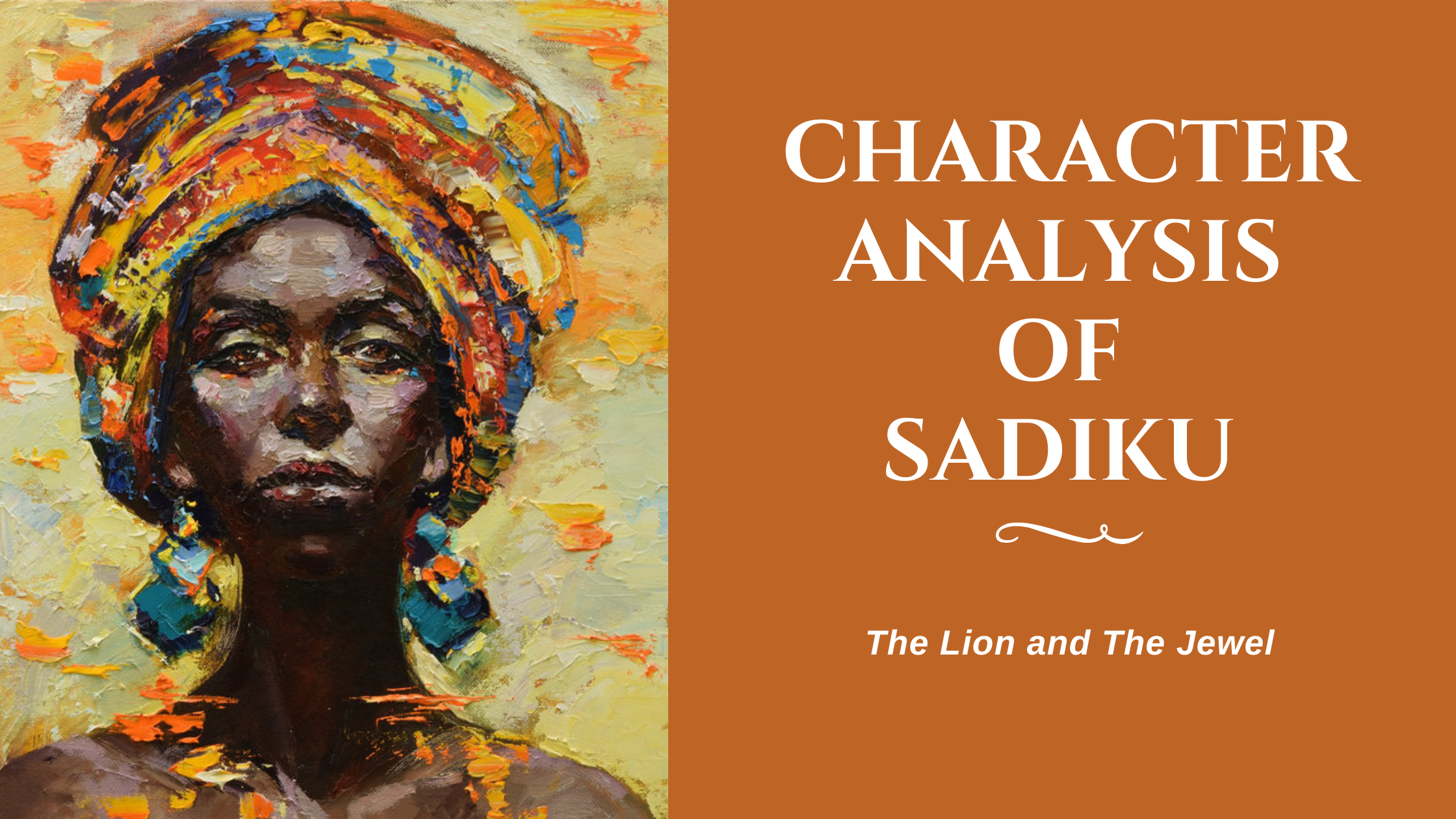 Sadiku is one of the main characters in Wole Soyinka’s The Lion and the Jewel. The playwright makes use of her character as well as Sidi to depict the position of women in a male-dominated society. The role she plays in the play is a contributing factor in no small part to the development of the plot of the play. The big question is:

Who is Sadiku in The Lion and the Jewel?

Sadiku is the oldest wife of Baroka who is the head of the village of Ilujinle. She was inherited by Baroka from her late husband Baale. She also serves as a naive intermediary for Baroka and helps him show his affection to ladies in who he is interested.

She tries to persuade the ladies to get married to Baroka and gives a number of benefits they can benefit from if they agree. In the instance of Sidi, Sadiku tries to convince her to be Baroka’s wife by bringing to her attention her possibility to be the bride of Baroka’s first Baale as in her (Sadiku) situation with Baroka.

She is a bit of a slob and, in a real sense, she is inept at keeping secrets. Knowing of her vulnerability, Baroka would later manipulate her in order to accomplish his aim. She is engrossed in the customary marriage rituals and one ceremony she performed at the end of the play in order to introduce Sidi as the newest member of Baroka’s family of wives. She invokes the gods of fertility.

Her appearance in the play shows the degree of literacy in Ilujinle. Her lack of understanding of Lakunle is a sign of his incomprehensibility.

How does Sadiku contribute to the plot development of the play?

The manipulation of Sidi by Baroka is the most important point in the story. This influenced Baroka’s decision to take Sidi as his new wife. In the face of imminent disgrace and defeat by Sidi, Baroka lies to Sadiku about his inability to perform. Baroka says this in mind that the former president has a loose mouth and would certainly divulge the information to Sidi particularly, who will like to ridicule his character. Sidi is a victim. In another way, Baroka manipulates Sadiku to take Sidi.

Sadiku is also a key element of traditional marriage in Yoruba, a tribe located in South-West Nigeria and scattered across the globe, from where Ilujinle is derived its name. In this group, the traditional ruler does not attempt to win over women on his own. Someone else is expected to take care of it for him. It could be his principal or his wife’s eldest or a close friend or even a manifestation of a symbol of the royal family, or perhaps his staff. Sadiku can fill the void. she is the intermediary with Baroka Sidi and Baroka. Sidi. She reveals Baroka’s intention to offer Sidi as a wife Sidi. Sidi’s utter disapproval of Baroka’s marriage plan to Baroka.

She’s a perfectly good match for the sexiness and wit of Lakunle. the stinginess. She can also help uncover an explanation for Lakunle’s dislike for the price of a bride which is in any way unrelated to his excessive stinginess.

Sadiku is also in the capacity of her status as the wife of the eldest Baroka to introduce his wives of the future, Sidi for example, into his family. Aside from her defects (loquaciousness, caustic mockery, gullibility, etc. ), She is a simple woman (an attribute that Baroka utilized) with an unassuming affection (evident in her receptiveness to Sidi).